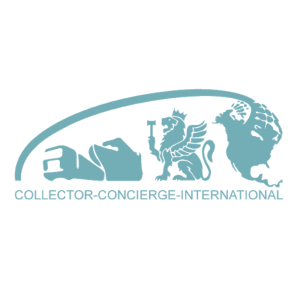 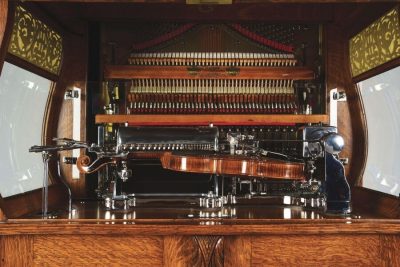 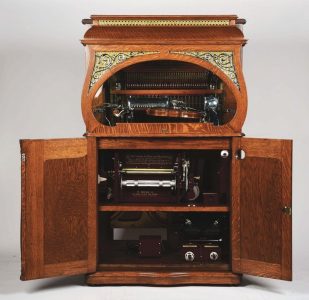 Collector Concierge International in conjunction with reality TV celebrity, Jeff Schwarz, “The Liquidator” of Direct Liquidation are tasked with finding this flawless circa 1909 highly collectible musical treasure a new home.

Reality TV Star Jeff Schwarz, teams up with occasional reality tv character and world-renowned group of collectibles experts Collector Concierge International (CCI) founder, Rick Sky. In changing the way rare Pop Culture Antiques & Collectibles are being sold in the international marketplace, Sky states “In adapting to Covid, we think we are also changing the game in how collectibles are going to be sold moving forward.” Capitalizing on Jeff’s celebrity presence and great success in developing Pop Culture, Film Memorabilia & Screen Used Props Auctions, Rick’s team at CCI are now bringing some of the rarest most sought after collectibles from around the world to Jeff’s auctions and other reputable auction houses that meet CCI’s standards.

The “New Twist” here is many of the items are consigned in the auction are from known reputable collectors as “Off-Site” Consignments such as the magnificent one of 22 known Lot #503 Bow Front Violano Virtuoso consigned from the late Frank Zygmunt Sr. collection now owned by Frank Zygmunt Jr. and recently restored by Robert Loeffler. Click here to see before and after restoration its plays!

Now with COVID, buyers are not attending such auctions in-person having adapted to the cost efficiency of the online world. International clients have always relied on technology and reputable companies such as CCI in making purchases, but with COVID, now more than ever it’s critical for buyers and sellers to work with reputable firms to ensure not only achieving the best possible price for their sale or purchase but also the safe and secure transportation of the asset.

Sky points out “our market is international and online anyhow! Not only does efficiently shipping directly from seller to buyer reduce the carbon footprint, but there are substantial operating cost savings. This allows us to provide our superior international market reaching services at substantial savings to buyers”.

Now about the music-playing masterpiece!

The Violano-Virtuoso was invented by Henry Konrad Sandell, a contemporary of Thomas Edison, who arrived in Chicago via Sweden in 1888 at the young age of twelve. In March 1905 Henry Sandell formally applied for his electric self-playing violin patent. The patent was officially granted in December 1905 and assigned to the Mills Novelty Company. The first rendition of this incredible instrument produced, the Automatic Virtuosa, only contained the self-playing violin. At that time, unlike self-playing violins, coin-operated player pianos were the rage so the Mills Novelty Company decided to retrofit the musical invention to include a piano. “The sound is impeccable and condition flawless,” describes Rick Sky of Collector Concierge International, “I would define this item as Investment Grade and for the discerning collector, it’s a rare opportunity to buy a valuable musical triumph with rich historical significance.”

When the Mills Novelty Company set out to create their mechanical music instrument, they were tasked with producing a “true violin” that maintained its sound and tone integrity while playing for hours on end. After testing hundreds of prominent violins they were not satisfied with the results and set out to produce their own violins to suit the additional intricate requirement needs of a self-playing violin. This early technology included aligning correct principles as to the exact height of the arch of the violin as well as the placement of the soundpost with extra thick backs. The result was a musical triumph with a bright and sweet sound. Later with the addition of the piano mechanics, Mills Novelty Company rounded out the eloquent musical experience as a true achievement. “It’s not every day a masterpiece like this comes up for sale,” says Jeff Schwarz. “It is truly an honor to present this musical marvel to the world that is so rarely available.”

First displayed at the Alas-Yukon-Pacific Exposition in Seattle, Washington in 1909, the Violano-Virtuoso didn’t become available to the public in quantity until around 1911 and were typically coin-operated. In their day, Violanos were purchased by society’s elites and performed in thousands of public venues as well as the wealthiest families’ homes all over the world. There was even one commissioned for the Smithsonian Institute.

The United States patent office designated the Violano-Virtuoso “one of the eight great scientific instruments of the decade” and all the instruments proudly displayed that information with a printed paper label attached above the piano board that was easily viewed through accordion-hinged glass doors. These instruments, unlike others of the time period, operate the violin and piano by electric motors or magnets and not pneumatically (compressed air). When the starting lever is tripped either manually or by a coin it starts the perforated music roll, which usually carried five songs, while the roll revolves a metal brush passes over the paper making electrical connections through the perforations. The piano portion of the instrument is played by regular hammers using the standard player piano movement of forty-four notes, half the number of keys found on a normal piano board. And with the distinctive layout of the strings having the bass strings at the center of the frame and the treble strings extending out from the center, it gives a unique but classic sound. Some say the instrument is a marvel of simplicity both in construction and operation.

Every component of the Violano was engineered to withstand the rugged journeys they would make all over the world and to perform reliably under constant use in commercial establishments. An ingenious tuning system with adjustable weights providing tension on the strings, allows the owner to tune the Violin without professional assistance.

The Bow-Front Models were exceedingly rare even at the time of manufacture costing considerably more than the single or even straight cased double models Bow-Fronts. It is estimated about 2000 of the single Violano instruments still exist, but ONLY 22 Bow-Front models are known. The tiger oak Bow- Fronts are thought to be rarer than mahogany variation as well.

This particular Violano-Virtuoso weighs approximately 350lbs and has the beautiful and scarce tight-grained tiger oak Bow-Front. It comes from the famed “Frank Zygmunt Collection” out of Chicago and has recently undergone a complete “no expense spared” restoration to the value of $40,000 USD performed by Robert Loeffler.

This Link will give you a good overview of the type of projects Collector Concierge International is known for:

Advanced collectors with collections exceeding $500k value, as well as collectors building new collections of rare investment-grade items in most cases can benefit from the Collector Concierge International team headed by Rick Sky, he can be reached at
ricksky@shaw.ca
011 604 230 3692

Auction link with all items: https://www.icollector.com/Movie-Sets-Stargate-Collectibles-Gangster-Slot-Machines-McDonald-s-unreserved-auction_as71765

Jeff Schwarz has been in business for more than 25 years buying and selling pretty much everything. From selling valuable assets all over the world, to liquidating merchandise in the streets of India, and buying and selling collectible assets in China, Dubai, Canada, United States and Central America, Jeff has made a name for procuring and selling quality goods. Jeff Schwarz has also had a successful TV show called The Liquidator which is currently featuring on Amazon Prime Video and Game TV. The show ran in over 160 countries with over 5 seasons of him doing business liquidating items and dealing with eccentric buyers and sellers. Awarded Top 3 Reality Show in the World at Banff Film Festival, Jeff’s motto believes in bringing buyers and sellers together with everyone winning.