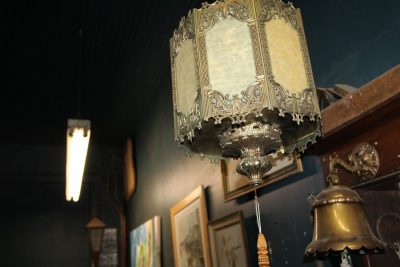 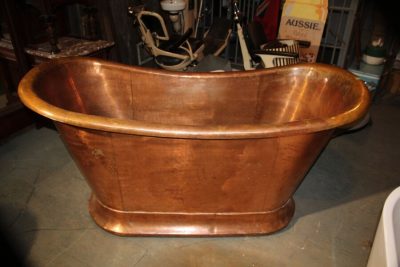 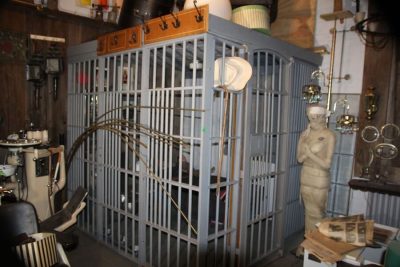 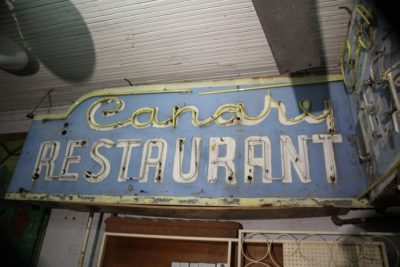 Over his lifetime, Jim Addison build his beloved antique warehouse. Starting as a plumbing and salvage warehouse, Mr. Addison took it to a whole new level collecting cast iron radiators, antique/vintage lighting, unique furniture, old signs, architectural artifacts and so much more. Three levels of history and nostalgia fill the warehouse from floor to ceiling and sadly it’s time to say goodbye.

“It’s not your average antique store,” says daughter Teresa Addison, it was my Dad’s life and passion. “Be prepared to be wowed and amazed by the sheer volume and range of the eclectic mix of items from the 1800’s- 1900’s to art deco to beautiful period pieces.”

Addison’s props have been used in movie and TV shows such as Million Dollar Baby, Cinderella Man, Murdoch Mysteries, Shape of Water, 12 Monkeys, Handmaid’s Tale, Reign and their vintage green sink was used in a bone chilling scene in the movie IT.

Mr. Addison’s daughters lament, “It’s going to be hard to let go of Addison’s as we know it, but hope that his collection will live on through his loyal customers and new buyers.” Jeff, “The Liquidator” is working with Don Reinhart of Canadian Storage Wars to ensure the right people know about this opportunity to purchase these very rare and sought after pieces. That is why they are conducting a worldwide online auction at the same time as the live auction. “This is no garage sale,” says Jeff. “These are pieces of history and need to be respected as such. We’re hoping the beloved collectables will find good homes where they will be treasured and maintained in the same fashion Jim Addison and his family did. Plus, as we all know, the longer these one of a kind pieces are held onto, the more they will be worth in the long run.”

Don Reinhard of Storage Wars Canada, who is on site lotting and organizing the auction, says “There is a huge variety here from so many eras. It’s truly a treasure hunters paradise.”

For 50 years, Jim collected and filled his museum-like warehouse with pieces dating back generations. It’s like stepping into a time machine,” says another daughter Becky Addison. To say Addison’s store is overwhelming is an understatement, but it’s exactly the way our Dad wanted it to be.”

About Jeff Schwarz, The Liquidator

Jeff Schwarz has been in business for more than 25 years buying and selling pretty much everything. From liquidating merchandise in the streets of India to buying furniture in Indonesia and doing deals in China, Dubai, Canada, the United States and Central America. Jeff has also had a successful TV show called The Liquidator that ran in over 100 countries with over 5 seasons of him doing business liquidating items and dealing with eccentric buyers and sellers.

Jeff Schwarz has been featured on:

– The Rush on Shaw TV

– An announcer at the Canada Reel Screen Awards & Leo Awards

– Plus Numerous Appearances in TV and Movie

Newer Jeff “The Liquidator” and Don Reinhart of Storage Wars Canada are Overseeing the Worldwide Online and Live Auction of Canada’s Antique Treasure Trove Which is Soon to be No Longer
Back to list
Older Jeff, “The Liquidator” Helps Shriners Get Maximum Value for their Treasured Memorabilia
close